May 20th marks the release of Nighthawk, the new album from Danny Roberts.

A founding member of the multi-award-winning and three-time Grammy®- nominated group The Grascals, Roberts has won several awards in his own right. He is a four-time winner of the SPBGMA Mandolin Player of the Year Award. Danny is also a regular cast member of ABC’s Nashville, playing a member of the Rayna James band.

He is a true artist who continually strives for excellence and seeks new discoveries. His second solo project, Nighthawk (Mountain Home), spotlights a seasoned and innovative player in his prime.

The recording is an eclectic mix of sophisticated acoustic stylings from Bluegrass to Swing to New Grass and includes some of Danny’s Grascals bandmates as well as “musical idols, friends and family.”

Danny’s first solo recording, the independently released Mandolin Orchard, was touted by the Chicago Tribune as one of the Top 10 Bluegrass Releases of 2004.

Roberts has performed at top venues such as The Grand Ole Opry, the historic Ryman Auditorium, the White House, Radio City Music Hall, and various arenas and theaters throughout the USA and Canada.  He’s also toured in Japan, Greece, France,Norway, Switzerland, Belgium, Germany, and Denmark. His TV appearances include The Tonight Show with Jay Leno, The Late, Late Show with Craig Ferguson, The Talk, The Marie (Osmond) Show, Fox & Friends, and Good Morning America (with Dolly Parton).

“It was so much fun recording tunes that I have written accompanied by such outstanding musicians.  I’m very excited about the special guests that came in to record with me and I am truly honored to have them be part of this.” 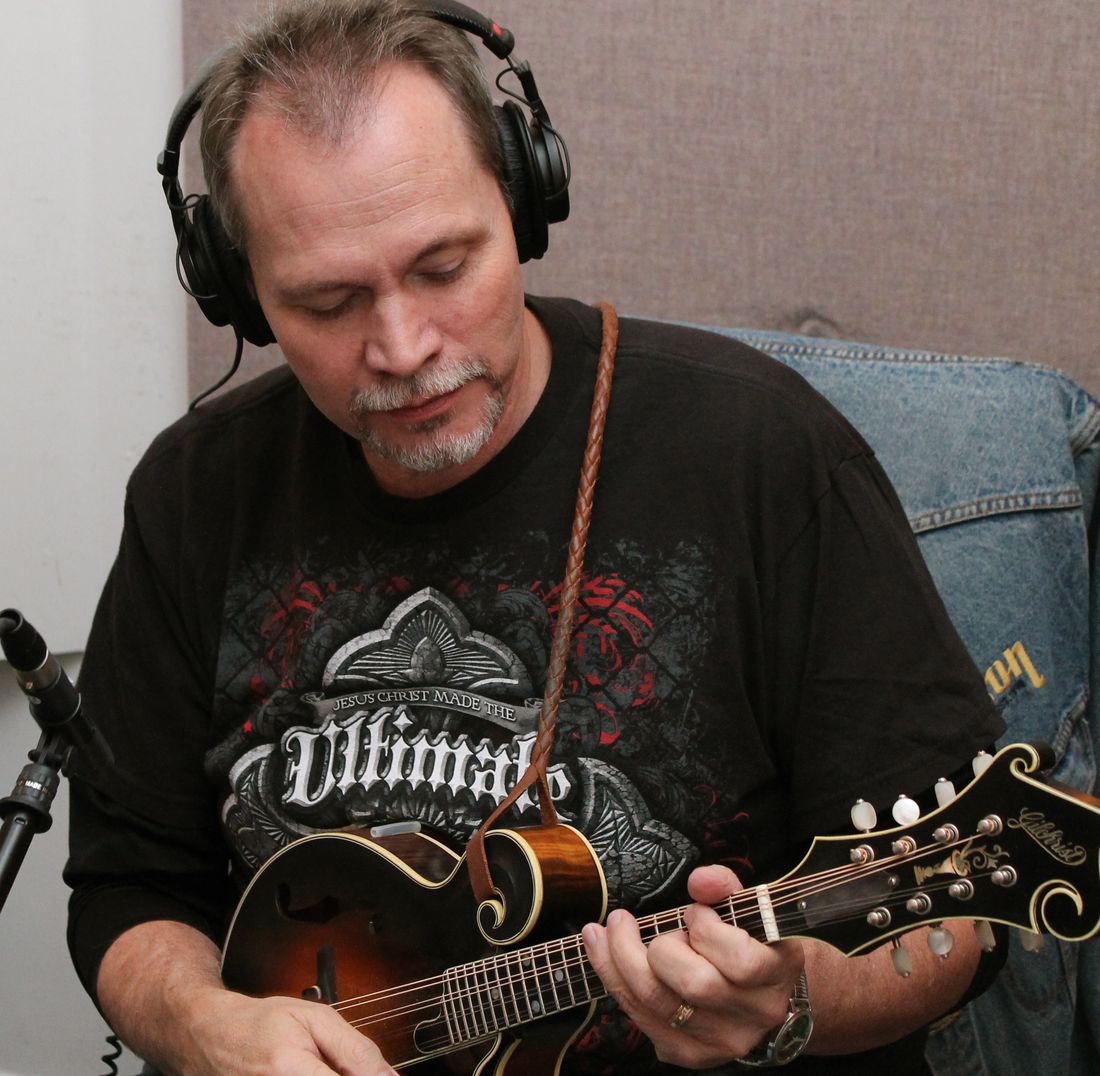 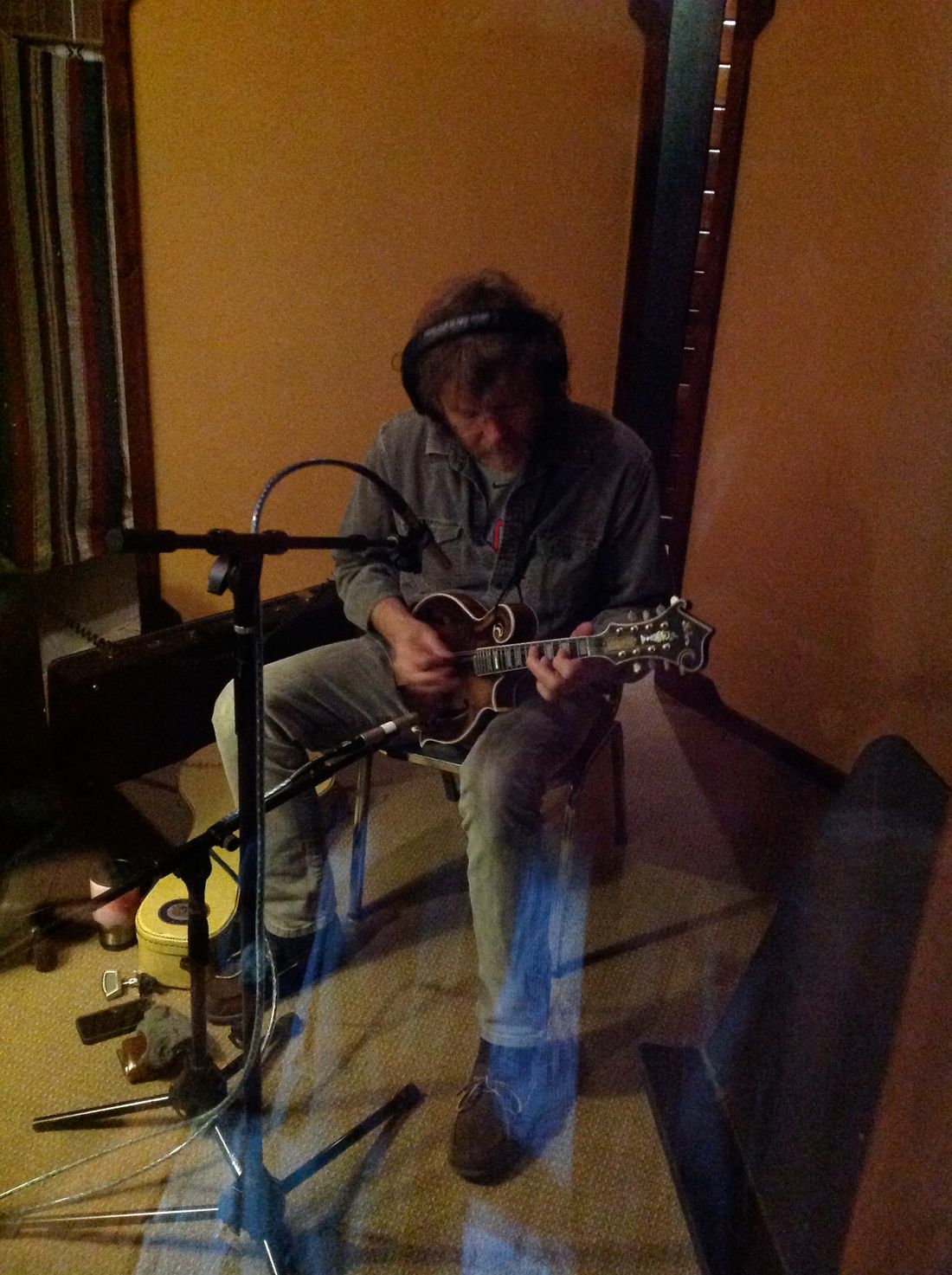 Ten years ago, I reviewed Danny Roberts’ first solo recording, Mandolin Orchard, giving it solid marks. Now comes Nighthawk, a step up all across the board. Begin with the sound quality improvements. If you remember his first, you’ll notice this immediately. This is much clearer, much more sonically pleasing. That in itself goes a long way, but then there is the addition of three vocals numbers. Roberts could have easily followed the all-instrumental format of his first, but having his daughter, Jaelee, sing a gorgeous “How Great Thou Art” and belt out stunningly “Oh, Atlanta,” and having his wife, Andrea, lead a stirring “I Went Down A Begger,” lends a welcome variety.

Which brings us to Roberts’ compositional skills and what is the most important change. While his first recording had solid originals, varied in style and certainly well-played, they rarely approached in interest or tunefulness the album’s lone cover, “Bonaparte’s Retreat.” Here, that has been largely corrected, beginning with the Monroe-sounding, bluesy stomp of “New Gil Ramble,” featuring a sparkling triplet-laced solo from Ronnie McCoury. Also Monroe-influenced, albeit tempered with some modern rhythmic punctuations, is “Nighthawk,” which includes some ear-catching note slides from Roberts and the expert mandolin and sinuous fiddle of Sam Bush. Then comes the ultra-fast “Big Stone Gap” in the breakdown tradition and later the Celtic Reel and bounce of “Coppinger’s Court” and, later still, a bluesy stroll with guest Mike Compton on “Walking To Winslow.” Woven among them are the antique/jazzy blending of “F-5 Rag,” the light mandolin/banjo duet of “Danielle’s Waltz,” the rip and twist of both “You’ll Have That” and “Derrington Drive,” and the surprisingly-noted melody of my favorite, “Swing-A-Long.” Not a one will fail to intrigue or impress or, for that matter, surprise.

When it comes to live appearances, Danny Roberts is in danger of being overshadowed by his teenaged daughter, Jaelee, and he’s not complaining. I recently saw her on the Bean Blossom stage and the girl can sing! She sings the lead on the Alison Krauss hit “Oh, Atlanta.” You can hear the youthfulness in her voice but she owns the song. If she chooses a career in music she’ll be a powerhouse (she’s also a fiddler). She also sings lead on “How Great Thou Art,” a softer approach but with as much vocal control and presence as her other track.

Along with a majority of tracks on this projects, Roberts composed the title number, a medium-speed instrumental with some intricate parts and interesting progressions. “F-5 Rag” is a bit plainer but still a good number, featuring an extended guitar break by Wray. “Danielle’s Waltz” is a change of pace, just Roberts and Benson switching leads while the other plays a contrasting backup.

“Big Stone Gap” moves at a speed that will tear off your hairpiece and features a nice break by fiddler Mattingly. “New Gil Ramble” has a fitting name as the tune seems to lope along at an easy pace, just like someone off on a ramble. It features an interesting section with Benson (banjo) and Wray (guitar) trading phrases. “Walking To Winslow” has the same easygoing feel and again has the Benson-Wray trading of licks. Both feature a second mandolinist (McCoury /Mike Compton) and, if you listen close, you can hear some spots where they trade licks with Roberts.

“I Went Down a Beggar” is a much-recorded gospel number that features spouse Andrea Roberts (lead) and daughter Jaelee (harmony). They blend well and do an excellent job on this good old number. The other cuts are “Derrington Drive,” another hard driving, fast moving tune; “Coppingers Court” is a lilting, reel-like number with a section played in a minor key; “You’ll Have That” is a medium speed, danceable number. “Swing-A-Long” is a change of pace from all the other numbers, a bit of swing as the name implies.

If you like instrumental packages you’ll enjoy this CD. There’s variety and excellent musicianship. The bonus is a preview of a young singer who can make a name for herself in this business.

The Grascals founding member Danny Roberts is out with another outstanding solo recording entitledNighthawk, set for release May 20.

About the projects Roberts said, "It was so much fun recording tunes that I have written accompanied by such outstanding musicians. I'm very excited about the special guests that came in to record with me and I am truly honored to have them be part of this."